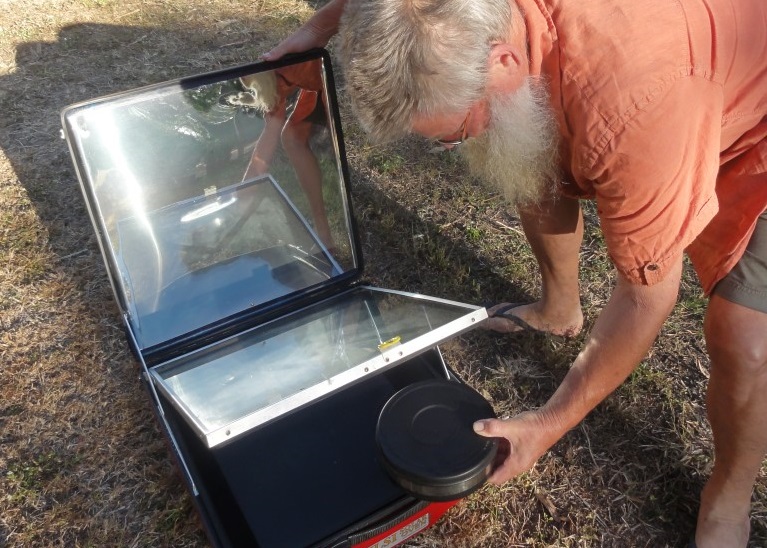 Years ago, to be more exact in 1998, when we were still travelling around Australia in big circles we made camp at one of the many National parks in Northern Territory. We were not the only ones who had found this spectacular spot with lovely water holes and nice bushwalking. A couple were camping in the same camp ground and on the bonnet of their car stood a cardboard box. We walked past this camp and box a few times a day and after two days the owner of the cardboard box stroke up a chat. One of the first things he wanted to know was if we could guess what the box was all about. We had figured out that it would have something to do with the sun but could not guess what else it could be. Well we were right. It turned out to be a homemade solar oven. The fellow explained all about it. We … END_OF_DOCUMENT_TOKEN_TO_BE_REPLACED