You are here: Home / Travel / Cabbages and Condoms

Who would ever think that I was to write about cabbages and condoms! Most of my readers will by now be shaking head, hands and hats. Most likely they will also be rattling their mobile phones and IPods and pads at the same time eager to connect to Facebook to check if this story is pure imagination or just a twitter.

It all started with a visit to the Hill Tribe Museum and Education centre in Chiang Rai in northern Thailand which is a great little museum with lots of information and nice display. As part of the visit you are invited for a complimentary cup of coffee or tea at the time of leaving. This cuppa is served downstairs from the museum in a restaurant called “Cabbages and Condoms”. 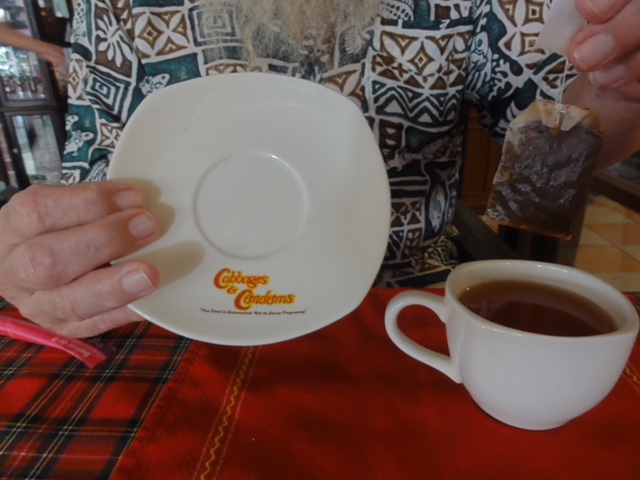 Trust me this is the real and proper name of the restaurant. However I did not pay any attention to the name of the restaurant I just went in keen to have a nice cup of herbal tea in a nice setting. So we sat there sipped tea while studying our surroundings chatting about the exhibition upstairs which for us was very interesting as we had already visited many a hill tribe on display. 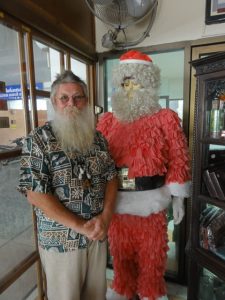 The conversation finally got to the dummy Santa Claus that was actually standing at the entrance. To be honest he was not difficult to spot at all. I guess I was just ignoring him as I walked into the restaurant as I thought it was too early in the year to start decorating for Christmas. Anyway I thought to myself better take a photo of Peder and Santa as the two good friends they are indeed. As Peder is very often recognised as Santa around the world I asked him to pose with Santa. Being such well behaved young man we soon had a good shot of them both. 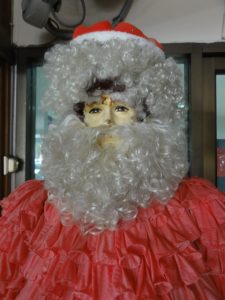 I wanted to take a close up photo as well so I moved nearer to the fellows. I almost choked and was very close to faint. I felt myself go pale and cold then gained posture and heart beat back to normal. You aren’t going to believe this! It turned out that Santa’s dress was made out of condoms. Yes, condoms only and they were all red. It was so hilarious next thing I toss myself on the floor and kill myself laughing. It does not always go down well not to keep your manners in public in Thailand so I get back in the chair and look as if in control. 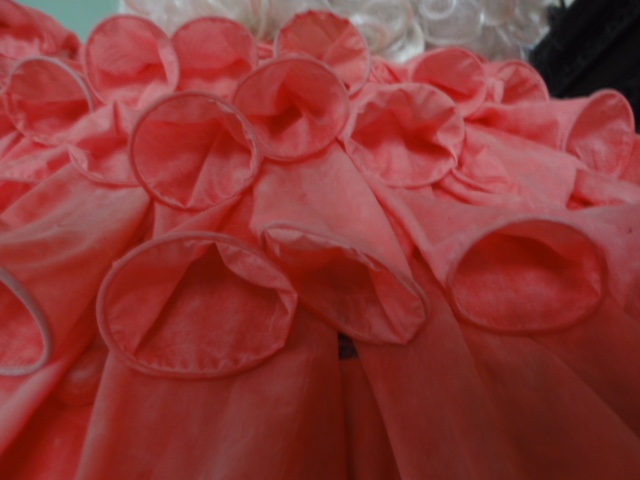 I have never seen anything like it before. I consider myself a textile artist but never did my imagination take me to such heights as using condoms for clothing. My mum always said that my imagination was wild, vivid and without borders. I have always been very proud of her statement. Now it turns out she is utterly wrong and I will have to tell her. It won’t go down very well either.

Next to Santa squashed in between two glass cupboards and I am not pulling your legs or taking the Mickey out of anyone is another replica fellow also dressed up. This fellow looks like the latest edition of a Spider Man or is it Superman? Dressed in yellow, orange and red condoms I thought to myself that I did not come down in the last shower. I repeat I have never seen such a sight before in my entire life. Talk about being flabbergasted!

Once over the shock a smile will form on your face your inner self will start to wriggle your unconditional love will start to overflow. There is nothing to stop all these emotions. Once the fun and giggling is over the seriousness of the matter comes to the surface. The story behind “Cabbages and Condoms” is a long and awesome story cut very short it is a part of the work that is done by the Population and Community Development Association (PDA) founded by Mechai Viravaidya in 1974. Mechai is an ex-politician and philanthropist who decided to improve the lives of Thai people by highlighting a wide range of social issues such as sexual health, sustainability and anti-corruption. You can read about it @ Bangkok.com

The PDA promotes family planning, sex education and HIV/ AIDS prevention just to mention a few activities and they use different strategies to promote its program amongst others holding condom balloon blowing competitions! Have you ever heard about that? Neither have I but that is so cool! They also create Captain Condom mascots like the ones we saw at the restaurant and they give you a condom after you finished your meal instead of a chocolate or mint lolly. They even get Buddhist monks to sprinkle holy water on condoms! That’s awesome! 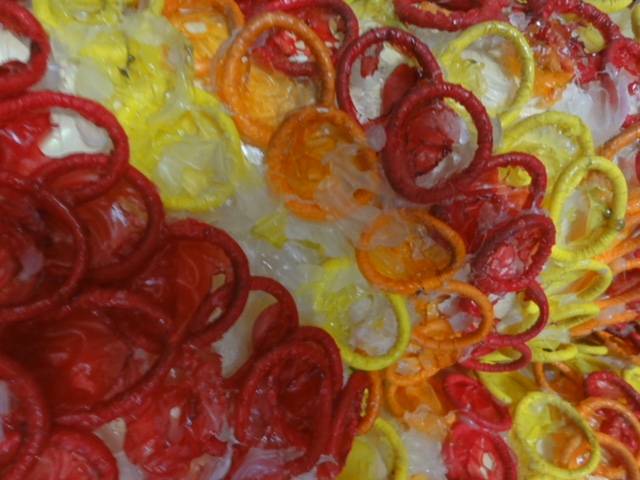 There is also a “Cabbages and Condoms” restaurant in Bangkok. We did not get the opportunity to go there but it is definitely on our bucket list and if you don’t have a bucket or a list it is time to invest in these items right now. I have seen photos from the place and they have some splendid mannequins dressed in condoms. Wow what a wonderful world.

Once you glance at the menu you will definitely have a ravenous appetite. Here are a few dishes to consider:

Absolutely the dish to try out and can I make your day by giving a bit of advice! Please remember to remove the condoms before you start consuming your food!

Morning glory! Wow! Back home Morning glory means having sexual intercourse upon awakening in the morning! For a man it means having an erection of the penis upon awakening. Here I am giggling my heart away while my imagination runs wild and I am delighted by the Phad Phak Bung Fai Dang. As an afterthought Peder says he will have another serve hoping for some action tomorrow morning. Clever thinking 99!

Warning: You are not permitted to bring durians to the hotels and guest houses where we have been staying so far! Why? They stink! Why eat durian? They are delicious. If you feel like a burp after your durian meal please be kind to make sure that the burp drifts away from friends and family as your burp stinks as well.

I am having Tao Turng. It is delicious and I have never tried jujube before. Jujube is a small fruit and it taste like an apple. It is green when immature and brown to purplish-black and wrinkled when maturing and then it looks like a date.

Peder is having the Bua Loi Sam See because he likes to try the flavour of Pandanus leaf. He too goes to heaven enjoying the Thai kitchen.

I should have taken photos of all the dishes we tried but my camera was resting in our hotel room. Even a camera needs rest especially during holiday season. You will have to use your imagination and look with your third eye chakra to visualise what the dishes look like. I bet you will have no worries visualising the Stir Fried Morning Glory dish.